Leendert’s position is next to you, opposite from you, or with you within the restrictions of language and understanding. So the work playfully tilts reality, to create a space for the alternative. Throughout the process life itself is a guideline in a performative way for this continuous research of understanding. Reacting on daily events it’s the artistic choice which takes priority. Therefore the work is at the same time hyperpersonal and socially engaged. 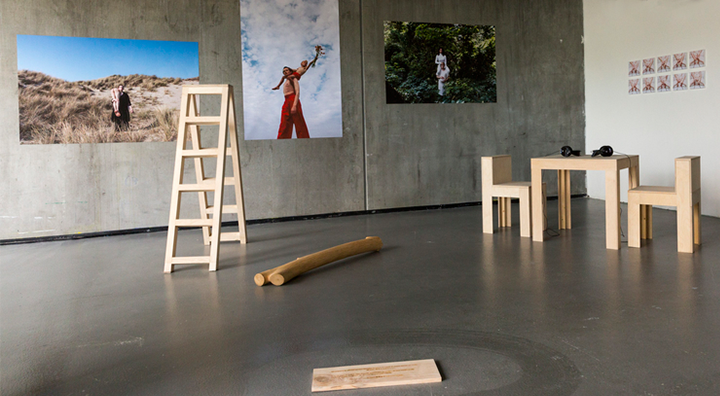 A perfomative installation which creates a vacuum presenting a parallel reality, using different techniques to design a personal narrative to play with understanding and definitions. The work is built out of different layers visually and thematically to design this narrative. Using video, photography, objects, text and audio, which gives the visitor different ways to approach the and engage with the work. The different pieces relate to each other by referring to- , or echoing the content. For example, putting a ladder in the space and using the same ladder in a video as a prob which is also shown in that same space. So this continuously echoing and tilting within the vaccum creates the installation. 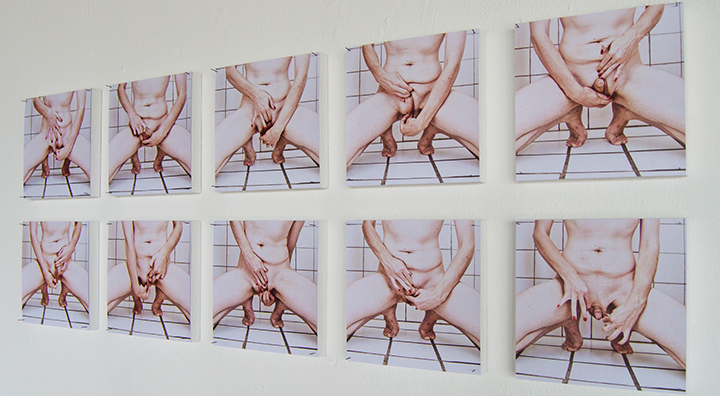 The translation of the works title will be CUNTDICK, with the subtitle, step-by-step plan for men. A series of ten photos which show how to fold a vagina out of a penis. The work is a statement and relates itself to the discourse around contemporary gender politics.
Because of the clear aesthetics it becomes a accessible image. Shown and published in different compositions and volumes, also used as sticker. Presented during the performance triptych TO INTERVENE, 2016 at Stedelijk Museum Amsterdam.

Searching, between dreams and reality,
a constant awareness.
So I Am Searching. 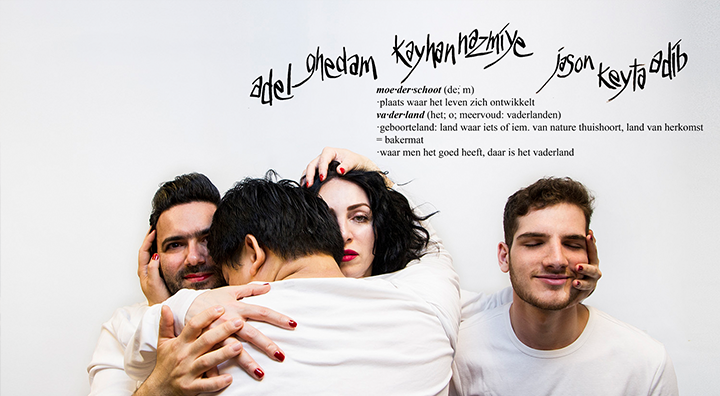 Identity is a mold at the expense of the neutrality of a person. Our position in relation to each other, social status, language is part of how an identity is formed. But is there a possibility to get back to this neutrality within an encounter with the other. Is identity in that moment transferrable or shareable? Is it possible to phrase that moment when two people share that identity? Where starts the I within the other.

The project was commissioned by Adelheid&Zina, as part of the project Wijksafari AZC Utrecht, 2018. Jaap Krol (Friesch Dagblad) wrote “Impressive and compelling form of recital”. Leendert’s performances are a mix between installation work, literary recital and theatre. The essence of the theme is  a personal narration. It creates a intimacy that laps into an quietude, a interesting mixture with the theatrical persona which makes Leendert a mesmerizing performer. A performance which took place in 2014 at Showroom MAMA, Rotterdam.

The performance showed the artist, Leendert, who was among the public stepping out of the crowd, taking a hammer and cutting board out of a bag, getting the fish out of the bowl on to the cutting board, self convincing to smash the fish with the hammer, by chanting ’’Kill It, Kill It, Kill It’’.  The microphone was amplified with an echo which filled the whole space with this chanting. After five minutes of a constant loudness, the hammer fell, the fish was smashed, and the artist left.
What else does the artist do than show reality in a different manner?

Leendert and Showroom MAMA got a official warning by the Rotterdam Police because of this performance.

A continuous desire,  to play around with pop culture and nightlife. Leendert discovered the performative manners in Amsterdam nightlife around 2010, playing around with sexuality, identity and personalities. He started to cultivate that idea and created the work, I Dreamt I Was A Popstar. Recorded the song UNGLAUBLICH, with Claudius Ritfeld from De Nachtdienst, performed on different stages. With as highlight a performance with Grace Jones. Later Leendert organized a Wednesday Karaoke party at BAR Rotterdam for a year and later got revived for one night at Melkweg Amsterdam. What does it mean to intervene. What is a intervention. A intermediate situation, a mediator? An intervention is nothing more than a suggestion driven by a potency to become, whatever.
So I scour myself against your frame of thinking to reach you. Shaking up, disrupting, highlighting, the alternative, suggesting. A performative triptych, to investigate the meaning of an intervention related to a institute.

Presented with and at the Stedelijk Museum Amsterdam, 2016. Every day you walk out the door, or life comes at you. But how do you deal with life, how do you relate to it? How do you react to the world in so-called times of great change. Demonstrations, slogans, and banners for example are a form of immediate response. So how do you, translate what is in the Heart or Head into an artistic response? 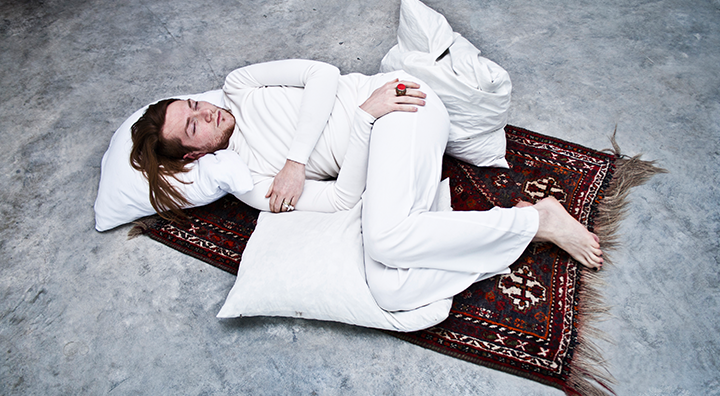